The Zika Scare in Knoxville TN 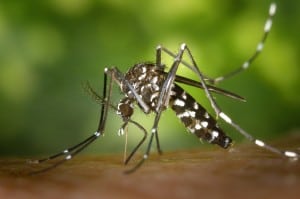 I am sick and tired of the sensationalist media scaring my customers when it comes to Zika, West Nile, and Chagas disease.  You wanna know the worst part?  Even pest control companies are using scare tactics as well.  They should know better and be ashamed of themselves.  Sure, words like pandemic and outbreak drive calls, but we have to fix the damage and calm down the terrified public.

Zika was discovered in 1947 but there was not a human case until 5 years later and only 14 cases reported before 2007. In February of 2016 the World Health Organization declared Zika virus a public health emergency of international concern (PHEIC). Zika can be transmitted when an Aedes species mosquito has fed on an infected person then feeds on another, spreading the virus. The virus can also be spread to the baby during pregnancy but there is no evidence of transmission via breast feeding.  Zika can also be spread through blood transfusions and sexual intercourse. 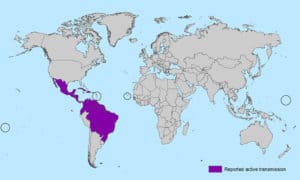 The biggest scare has come from a suspected link between zika and microcephaly affecting the baby with harsh results like an undersized head.  This link is only suspected at this time and work is being done to figure this out.  Microcephaly can also be caused by poisons, alcohol, drugs, malnutrition, and lack of blood flow. The truth is we don’t know yet exactly why this is an issue now.  There has also been a link due to Brazil contaminating their water with a larvacide causing a spike in microcephaly cases.

An excerpt from TechTimes.com

According to the Physicians in Crop-Sprayed Towns (PCST), a chemical larvicide that produces malformations in mosquitoes was injected into Brazil’s water supplies in 2014 in order to stop the development of mosquito larvae in drinking water tanks.

The chemical, which is known as Pyriproxyfen, was used in a massive government-run program tasked to control the mosquito population in the country. Pyriproxyfen is a larvicide manufactured by Sumitomo Chemical, a company associated [PDF] with Monsanto. However, PCST has referred to Sumitomo as a subsidiary of Monsanto.

“Malformations detected in thousands of children from pregnant women living in areas where the Brazilian state added pyriproxyfen to drinking water is not a coincidence,” the PCST wrote [pdf] in the report.

For instance, the Brazilian Health Ministry had injected pyriproxyfen to reservoirs in the state of Pernambuco. In the area, the proliferation of the Aedes aegypti mosquito, which carries the Zika virus, is very high, the PCST said.

Pernambuco is also the first state in Brazil to notice the problem. The state contains 35 percent of the total microcephaly cases in the country.

Here in North America, there have been 273 travel-associated infections, 19 are in pregnant women and 6 were sexually transmitted.  This is out of 323 Million people, only 0.00008%! Even with those numbers let me be very clear about this… NO LOCALLY ACQUIRED VECTOR-BORNE CASES REPORTED IN THE UNITED STATES. Are you calmed down yet? You should be. Even though microcephaly and zika are real things, here in East Tennessee there is almost no danger.  This makes President Obamas request for $1.9 Billion to fight zika just plain silly. However, mosquitoes are extremely annoying and can ruin your BBQ pool party in a hurry.   Phoenix Pest Control has a deal to save you $300 a year by bundling your pest control and mosquito service.

As of Nov 2016 Zika has been declared not a public health emergency of international concern (PHEIC). 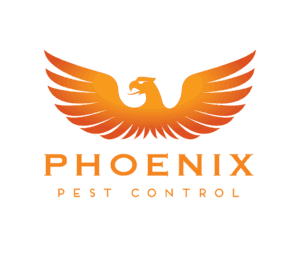